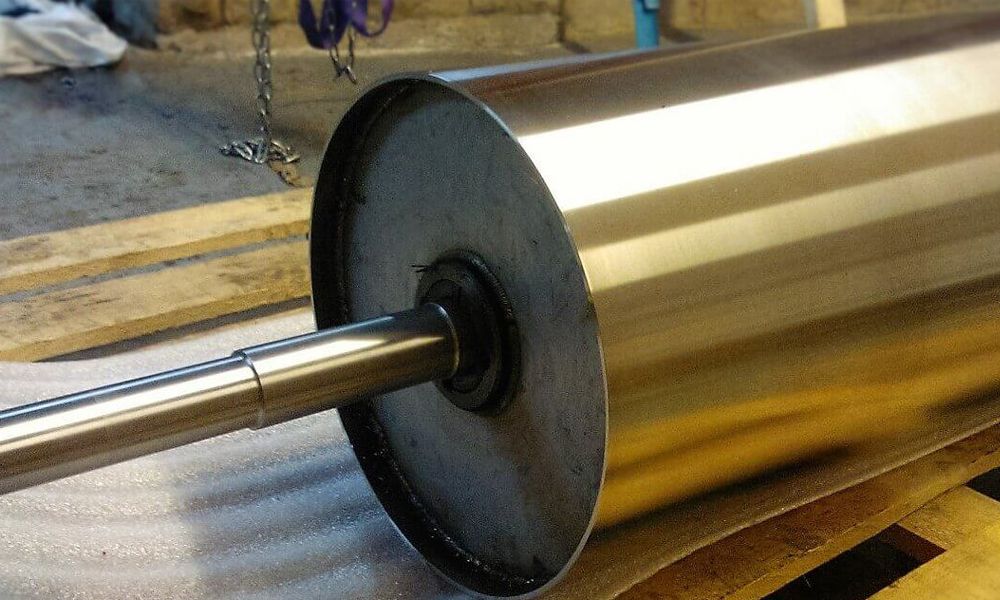 Starting with magnetic belt conveyors, they are one of the most common magnetic conveyors because of their ease of use and limited construction. In a magnetic belt conveyor, large permanent magnets or a series of electromagnets are placed under the surface, which allows magnetic materials to move seamlessly. This may sound similar to a typical conveyor belt, but the magnets below the surface allow ferrous materials to move in any direction, even upside down, without topping over. This would be nearly impossible with a standard conveyor belt.

Beltless magnetic conveyors, also known as slider bed conveyors, don’t use an external belt; instead, a chain of powerful ceramic magnets or other permanent magnets move materials through a non-moving sliding plate. The magnetic materials placed on the belt attract the permanent magnets below the surface and are pulled to the end of the conveyor belt. All moving materials are enclosed in a beltless magnetic conveyor so the belt won’t jam or get backed up. Additionally, since only the non-moving bed touches the magnetic materials, the belt is more sanitary than typical belts. Since these belts don’t get jammed, they don’t cost as much in maintenance and repairs.

Beltless magnetic conveyors are ideal for:

The last type of magnetic conveyor belt we’ll discuss is a magnetic separator. Magnetic separators separate ferrous materials from aggregate material through electromagnetic rollers. An aggregate mixture enters the belts from one end and ferrous particles separate onto a different conveyor belt as it passes through the electromagnetic belt. Magnetic particles are moved onto a different conveyor belt and the non-magnetic mixture continues through the conveyor. Other ways to use a separator include suspending plate magnets above conveyor belts, cross belt separators that self-clean, and magnetic drum separators, which are essentially large rollers on a drum roll .

Magnetic separators are ideal in the following industries: