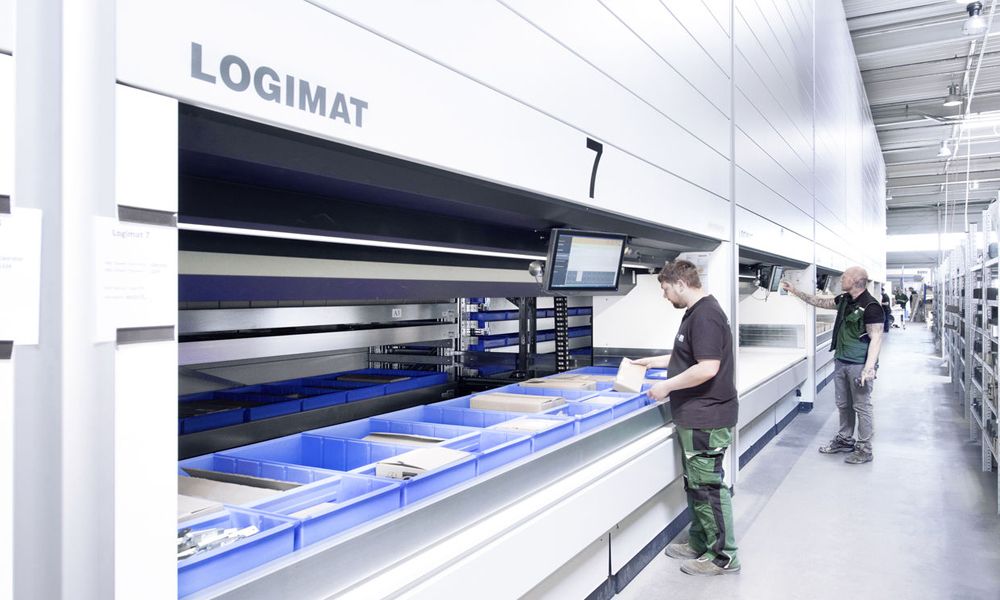 The LOGIMAT® vertical lift module (VLM) is an automated storage and retrieval system (ASRS) from SSI SCHAEFER, providing with a storage and picking solution in one system. The ultimate storage lift utilizes the goods-to-person principle and sets standards in performance and ergonomic operating comfort.

The storage lift can be compared with an over-sized drawer cabinet with front and rear rows of trays. A lift is located between the two rows, pulls out the trays, and transports them to the correct position of the operating opening.

The LOGIMAT® VLM Vertical Lift can be optimally adapted to all site conditions with eight different model widths and two model depths along with a freely selectable machine height of up to 24 meters.

The compact design makes maximum use of the available height on site. Features such as tray storage with a 25 mm spacing, the FIX height storage strategy, and/or intelligent height optimization (IHO), or trays, flexibly designed for space and weight optimization, enable high-density storage with the smallest surface area.

The VLM adapts to all your site conditions. It can adapt to separate supply and removal sides, two-sided supply or removal one level higher. It includes all positions regardless of the system is located in the basement, as a ceiling breakthrough, or recessed into the floor. The LOGIMAT® VLM can be fitted on the external facade of a warehouse, if necessary.

This construction serves to reduce the construction costs for expanding the warehouse to a minimum. The LOGIMAT is one of the most flexible automated storage and retrieval systems (ASRS) available. 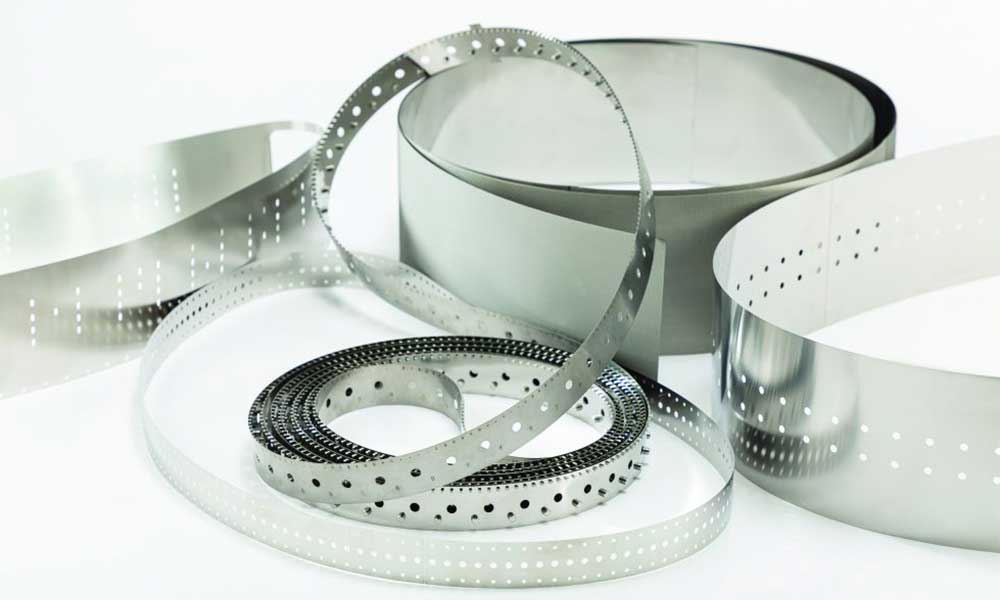 Two of the most important factors in a medical manufacturing space are accuracy and cleanroom capability. When a U.S. based medical equipment manufacturer required a metal belt with a pitch profile that didn’t currently exist, they turned to Belt Technologies. We were able to solve the issue and begin a successful partnership that has lasted more than two decades.

Arthur G. Russell Company Inc., based in Bristol, Connecticut, is a preferred turnkey automation system manufacturer with a team that delivers effective results. As the world’s premier provider of custom assembly systems for high-volume disposable medical device production—from syringes to pen needles and pipettes—AGR prides themselves on creating the machines that make it all.

With such a wide array of offerings, the customer is unique in the sense that they build custom automation machinery, much of which requires belts with very specific pitches (the space between individual perforations, timing pins or other such features). In 1998, the client began their search for a company that could provide a conveying solution for a new medical device assembly machine. The machine needed to move small needles for automated assembly of a medical device, so a very precisely designed custom belt was necessary. The required solution needed to excel in a cleanroom environment, while offering repeatability and the personalization of a custom pitch.

During the search for a suitable manufacturer, the customer initially reached out to a different company, but were disappointed to learn they could only offer a belt with a standard pitch. Undeterred, AGR continued their search and struck the right chord with Belt Technologies.

Belt Technologies provides several advantages over other manufacturers, including a focus on accuracy, cleanroom compatibility and customization, while offering non-stretch products that do not require lubrication. As customization was the most important aspect for Arthur G. Russell, we were able to work alongside them to create a personalized solution which met their exact specifications. And it’s not just about custom perforation pitches; our customization options also include a broad array of metal alloys, belt width and thickness combinations, perforation patterns, coatings and attachments. Our engineering team was heavily involved in the conversations with AGR’s customer, ensuring they reached a solution that would last.

Repeatable accuracy was also critical to AGR’s design, which meant we had to supply a product capable of holding tight tolerance on the pitch. This was possible due to the fact that metal belts do not exhibit pulsation—enabling precise transmission of the control system’s motion profile. To ensure the most accurate and reliable motion possible, PureSteel® metal belts are manufactured to dimensions with very tight tolerances. This detail-oriented focus allows us to fabricate metal belts with a pitch accuracy of ±0.0005”, which is valuable in designing, indexing, positioning or processing bulk medical devices.

The final stipulation was cleanroom compatibility. Unlike polyurethane, nylon, rubber or fabric belts, metal belts can withstand vacuum conditions and caustic environments. Additionally, metal belts do not require lubrication and do not generate particulates, making them cleanroom compatible and ideal for the customer’s exact specifications.

The customer reports that the belts last an exceptionally long time. In fact, this solution, which was created for the machine in 1998, is still in use today, and AGR’s customers are pleased with the results.

Following this original order, Belt has held a longstanding, trusted partnership with Arthur G. Russell for more than two decades. They remain the client’s only supplier of precision, thin steel belts, creating a variety of custom belts for new machines over the years.

The Company: A turnkey automation system manufacturer with a team that delivers effective results. As the world’s premier provider of custom assembly systems for high-volume disposable medical device production—from syringes to pen needles to pipettes AGR prides themselves on creating the machines that make it all.

“You can call them [Belt Technologies] and speak to an actual engineer and get design support and advice on their systems. They are dependable, reliable and we like to work with them on custom projects. They are always willing to help us out.” 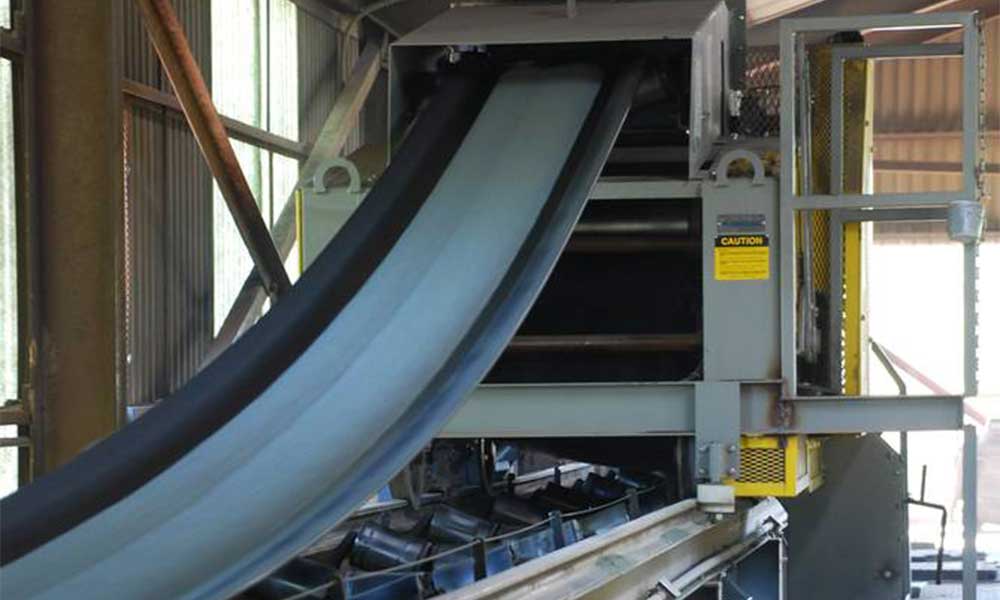 Chantland MHS has built a variety of belt tripper designs over the past seventy years, most all of which have been motor driven, however a few years ago we began receiving requests to replace trippers for belt conveyors powered by the main conveyor belt. Almost all of these trippers had been installed in the 1940’s and 50’s and though very ruggedly built, were finally deemed beyond repair by maintenance groups.

We provided replacement trippers utilizing electric drives until we were contacted by a Missouri based aggregate processor. This client wanted their decades old belt trippers replaced with the same design which they had, that being manually operated and powered by the main conveyor belt. Electric drives were not an acceptable alternative.

The Chantland team was invited to visit the site and after reviewing with the plant engineer and operations personnel, determined we could design and build what they wanted. The end user’s group expressed an extraordinary willingness to work closely with Chantland’s team to develop a user friendly manual tripper drive system.

Sitting atop a storage complex are two belt conveyors, each with a tripper discharging to either side filling four rows of silos. The concrete deck is covered by a corrugated steel structural housing protecting the equipment and silo inlets from the environment. By the time product arrives at our trippers it has been reduced into small granules and colored for use in making shingles. Still slightly tacky and well over 100 degrees Fahrenheit, these granules are very abrasive so all contact surfaces are lined with ceramic tiles to withstand wear. Personnel control the trippers by engaging one of the control levers when they are standing on the operator platform. One lever is pushed forward or backward to engage the drive system with the main conveyor belt and allow the tripper to travel in forward or reverse direction. This lever must be held in place by the operator and when released goes to a neutral position to disengage the drive motion. Approximate travel speed is 35 feet per minute and personnel can operate the tripper at slower speeds to align the discharge chutes with the small inlet hatches of the silos quite easily. The second lever engages a spring tensioned brake assembly which clamps directly onto the rails to prevent creeping during operation. A secondary clamp is locked to the rail as a double safety. The trippers also include a cross-over platform with stairs to allow personnel to access either side of the main conveyor at the tripper rather than walking to the end of the conveyor system.

The new trippers mirror the originals in structural integrity yet offer new design features that are not readily visible. User friendly operation and maintenance will hopefully give these trippers an even longer lifespan than their predecessors.

Since 1943 that is what each of our customers has come to expect.  Call us for solutions and put our experience to work for you!

“It’s a Smart Move” by Interroll 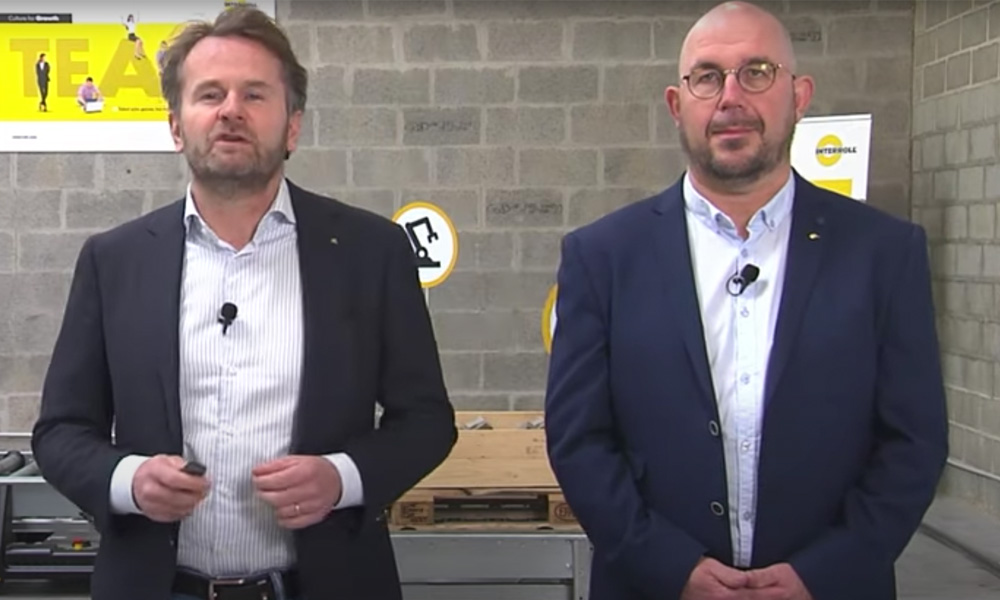 Interroll has organized a series of webinars last week on the subject of smart move, automation, conveyor systems.

The webinars focused on increasing the efficiency in logistics and handling systems. The pallet movers were the main subject.

We, as Conveyors and Material Handling Systems Magazine, participated in the webinars and took full advantage of a comprehensive show with an interactive questioning and answering.